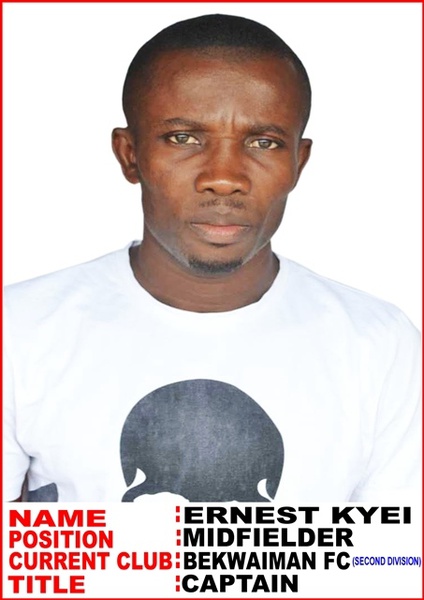 Source of news from (Sefwinews.com)

Ernest Kyei put up a magnificent performance scoring twice in their 2-0 win over Anhwiasoman United last Sunday in Sefwi Bekwai. “Diego” was voted as the man of the match for a second consecutive time.

He electrified the Omanhene Park last Sunday with a fantastic performance which earned him praises from the supporters including the CEO of Blessed Empire, Mr. Micheal Akrasi Gyapong.

Mr. Michael Akrasi Gyapong expresses his happiness in an interview with Sefwinews.com “I want him to continue with this standard and I believe it will take him far”. He edged him to train hard to achieve his ambitions.

Meanwhile, Diego was full of joy for the unexpected message from the very person all the youth are trying to emulate. “I thank him for his encouragement and will continue to work hard to put up a good performance every week to make this competition an eye to watch,” Ernest Kyei told sefwinews.com

The former Liberty Professionals midfielder is a contender of both the golden ball and golden boot award.

Sign up and you will be the first to know the latest news, insider-only info, and more.